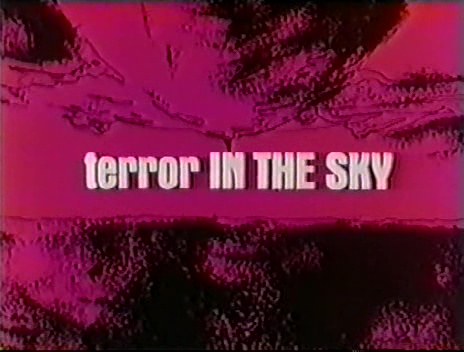 Terror in the Sky is the reason why I never eat airline chicken pot pies. Much like the dreaded “gas station burrito” or the “church social potato salad”, behind their tasty flakiness is only death by diarrhea!

But at least if you get hit with the burrito or potato salad, the worst that can happen is just the destruction of those facilities’ toilets before you are able to limp painfully to the ER for more long lasting relief. When you get a dose of the fiery brown eye due to food poisoning at 40,000 feet? Well, it’s like the great Doug McClure says as he frantically tries to learn to fly the plane, we could be looking at a “wagon load of corpses!”

McClure plays George Spencer, a passenger who is pressed into service once the pilot and co-pilot are laid low by their own airline food. McClure is just a simple lumberjack (complete with checkered flannel shirt!) who is only taking the flight because he’s trying to find his place in the world. A place that he is seeking because of his haunted past!

Roddy McDowell is also aboard as the no nonsense Dr. Baird trying to help all the sick people. As more and more passengers fall ill, Dr. Baird quickly realizes that it must be connected to the supper that was just served. A quick check of the dinner checklist shows that all the people who had the chicken pot pies are shitting their pants! And once it becomes known that so did the pilots, even the people who lucked out and had the lamb (like Spencer, Dr. Baird and pretty single mother stewardess Janet Turner) also start shitting their pants! 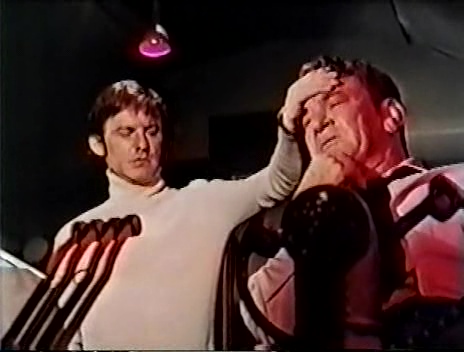 Who’s going to land the plane now? With no one flying it, it will just cruise on autopilot until it crashes into the ocean! But even worse, some of these poisoned folks might die even before that without proper medical assistance! Even Dr. Baird’s questionable tactic of having everyone pool their various prescription medications to create an impromptu pharmacy probably can’t save everyone that it doesn’t inadvertently kill!

But didn’t Spencer mention to Dr. Baird at the beginning of the flight that he had done a little flying in the past? But why is he so reluctant to help out? And why is he so freaked out when he finally takes the controls? I mean aside from the usual nervousness any lumberjack who suddenly had to pilot a passenger plane would no doubt experience.

Nam, dude. Freaking flew helicopters on an 18 month tour of duty in that hell hole. First he was counting the guys he flew that made it to the army hospital. Then he started counting the boys who didn’t. You scared of waiting to die in this airplane Stewardess Turner? You want a clean death? Well the only clean death is in a bathtub! 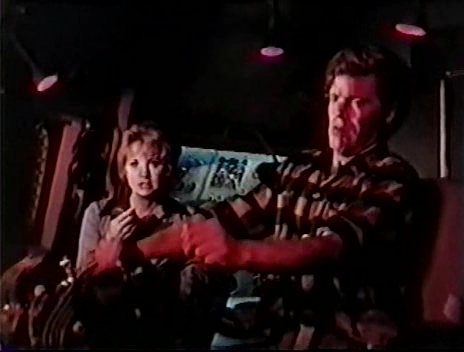 And while we are unloading our tortured memories of the war, what really pushed Spencer over the edge was that last mission. The biggest load of wounded men he ever had! Stacked three deep! Then the VC tagged him! Hard landing! He was thrown clear of the wreckage! Everyone else aboard didn’t make it! Stage four survivor’s guilt! At least if you crash this plane, odds are you don’t have to be worried about being thrown clear this time, Spence!

Terror in the Sky is all very standard in its brisk execution of its textbook screen air disaster. There’s the back and forth with the control tower. There’s the plane lurching here and there in the air tossing people about. There’s the nervous reporting of readings of various dials and gauges. There’s even the grizzled ex-pilot on the ground trying to walk Spencer through how to land the plane.

The last act of the film is exactly what you would expect as the tension over whether the plane will be successfully landed mounts. You could probably substitute most any 1970s air disaster movie’s footage and but for the change in actors, wouldn’t notice any difference. 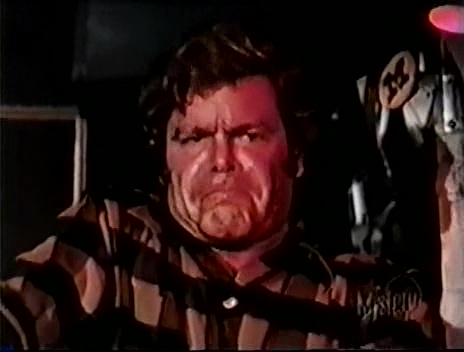 Though not going to win any points for originality (it’s actually a remake of Zero Hour), the film at least has the always watchable Doug McClure going for it. By now, his character’s PTSD-inspired backstory comes off as so much of a cliché that it feels like parody, but it probably had more currency with the audience when this came out in 1971 and American forces were still fighting in Vietnam.

His damaged veteran is maybe a bit different than the square jawed hero we are used to seeing from him in things like Humanoids from the Deep and At the Earth’s Core, but he is effective here, stammering and literally wringing his hands in anguish from the situation he finds himself in. He’s petrified that he will be at the controls when another group of passengers dies if he fails to land the plane successfully. The shot of him silently entering the passenger portion of the plane and just looking at everyone to see if they are okay after the landing is perfect. The movie’s story and execution may be a wholly unremarkable air disaster, but if you don’t find yourself rooting for McClure, then you’ve probably been eating tainted pot pies and aren’t in your right mind.