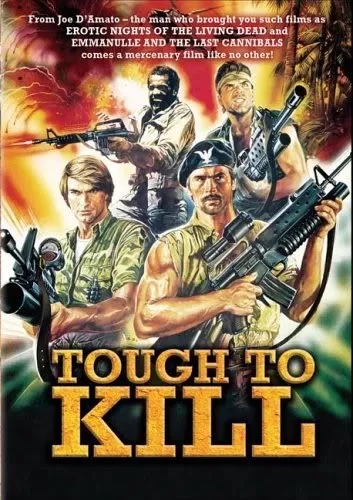 An elite fighting force charged with blowing up a dam that is surely a suicide mission! Twenty men against an army in hostile territory with no one to depend on except each other! And one of them has a million dollar price on his head! But money means nothing when it’s your brother in arms, right? Damn right! Except when it’s a million dollars! What are you, freaking stupid?

END_OF_DOCUMENT_TOKEN_TO_BE_REPLACED

For all its notoriety, other than when the cheese-grater faced killer strangled the pregnant woman, pulled out her fetus and took a big old bite out of it, I found Antropophagus to be fairly restrained as far as gross out slasher movies go. END_OF_DOCUMENT_TOKEN_TO_BE_REPLACED The incredible thing about Zombie 5: Killing Birds is that it manages to disappoint both fans of zombie movies and fans of killing bird movies. END_OF_DOCUMENT_TOKEN_TO_BE_REPLACED In Beyond the Darkness, Frank is a young dude with feathered hair who drives around in his red serial killer van while the familiar sounds of Goblin pump out on his bitching speaker rack as he heads off to pick up that baboon he ordered a few weeks before. Unfortunately this baboon doesn’t really play much more of a part in this film and is mainly used to introduce us to Frank’s hobby, taxidermy. END_OF_DOCUMENT_TOKEN_TO_BE_REPLACED