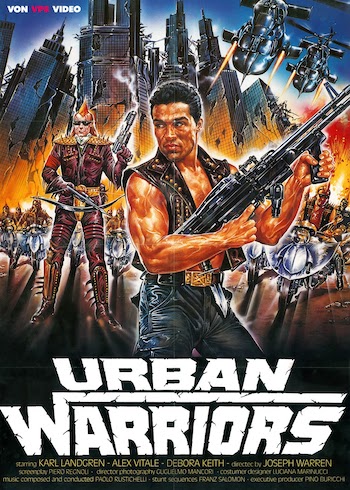 There’s no need to fret though that he’s going to use the volcanoes to do something silly like having Earth overrun by lava monsters. Vari knows that what will happen following an apocalyptic nuclear war is an immediate rise in the population of mutant biker gangs! END_OF_DOCUMENT_TOKEN_TO_BE_REPLACED This is the movie where Jeremy Slate finally puts it all together! At last, Jeremy Slate unleashed and untamed, riding roughshod all over the desert southwest in search of his stolen motorbike, a taciturn biker-cowboy who lives by his own code! And who loves on his own terms!

The promise he showed in the laughable Hell’s Angels propaganda movie, Hell’s Angels ’69 comes to fruition with his steady and steely performance in Hell’s Belles as he’s freed of his dopey sidekick Tom Stern as well as the even dopier story from that flimsy film. END_OF_DOCUMENT_TOKEN_TO_BE_REPLACED

The selling point with this biker flick is that the unkempt guys with bad attitudes are the real Hell’s Angels. How that was supposed to be a selling point eludes me since the only thing I learned about Sonny Barger and his Hell’s Angles from this movie is that they drink a lot of beer, smart off to authority figures, don’t practice much in the way of motorcycle safety, and are easily duped by outsiders. END_OF_DOCUMENT_TOKEN_TO_BE_REPLACED When we last left headband-clad biker tough Trash at the end of 1990: The Bronx Warriors, he was wandering the wreckage of his beloved Bronx after firing a grappling hook into Vic Morrow and briefly lamenting the death of the girl who had first caused him to rip off the plot of Escape From New York. END_OF_DOCUMENT_TOKEN_TO_BE_REPLACED The action in this movie stems from the fact that Ann is about to turn of age and inherit her interest in the Manhattan Corporation, the world’s largest arms dealer. She doesn’t want to be someone’s puppet in business matters, so she does what any smart business person would do in such a situation and flees to the no man’s land that is the Bronx. END_OF_DOCUMENT_TOKEN_TO_BE_REPLACED As soon as you see a dude in his colors straddling his chrome horse and eating up blacktop while the pigs are sucking his fumes, you know you’re in for another biker gang movie full of drinking, brawling, and weird slang. You could take it or leave it, right? But what would you say if this was a biker gang who died and came back as zombies? And what if it starred Oscar winning film legend George Sanders? I know exactly what you’d say: looks we finally solved the mystery of why Oscar winning film legend George Sanders committed suicide right after making this movie! END_OF_DOCUMENT_TOKEN_TO_BE_REPLACED