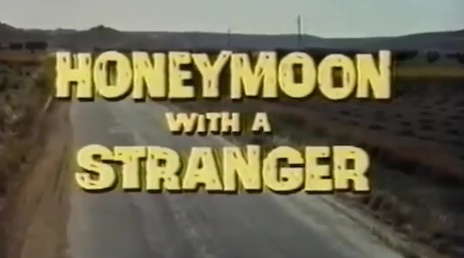 I get that Janet Leigh’s Sandra Latham was an attractive platinum blonde prone to wearing short tight dresses and high heels. I also understand that she appeared to need help with a difficult situation and required a sympathetic ear to bend with her troubles. For a lonely, middle-aged man, there’s really almost no defense to all of that. But when she starts talking about how her daddy used to lock her in a closet and wouldn’t let her out, you’ve got to at least consider pumping the humping brakes! Especially when she’s in the middle of a missing husband mystery! And you are the police captain investigating it!

Sandra is in Spain with her new husband Ernesto, a man she knew only a few weeks before marrying him. Following a night of heavy drinking, she awakens to find Ernesto gone. She eventually reports him missing to the local authorities demanding that they do something to locate him. Ernesto though has a bit of a reputation for hooking up with ladies for a few weeks and then ditching out on them. Does that sound familiar, Sandra? 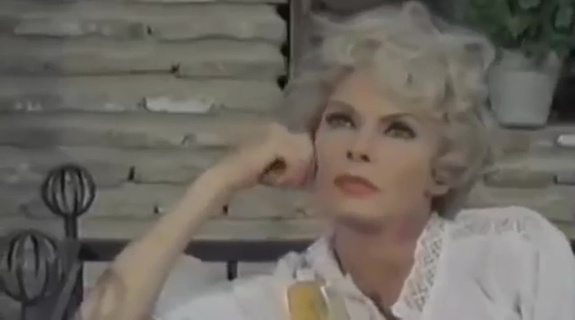 Things take a mysterious turn when Ernesto reappears except that he’s a totally different Ernesto than she remembers marrying. But this second Ernesto is acting like he was the one that did marry her! Even more unsettling is when the family lawyer, Frederico Caprio, appears and he is played by a decidedly un-Spanish Eric Braeden of The Young and the Restless fame! (I’m not sure what was odder – finding out that Eric Braeden was really a German guy or seeing that Ernesto’s sister was played by bugged-eyed English actress and Italian horror legend Barbara Steele! Sandra can be forgiven if she feels like she’s losing her mind!)

The lawyer, Ernesto’s sister and even the old caretaker all confirm that this second Ernesto is the real Ernesto. Sandra slowly loses her cool as everyone continues to lie about it and offer her a settlement if she’ll just sign paperwork to have the marriage annulled and agree never to discuss it with the press. Meanwhile, Captain Sevilla continues his dogged investigation. By having dinner with Sandra. 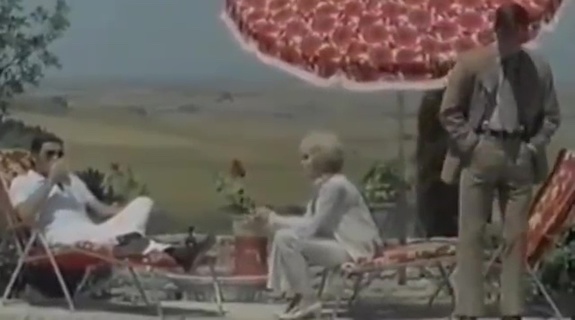 Finally the time comes when it’s time for Sandra to put up or shut and sign their final offer. The lawyer and his crew come clean about what is going on and it isn’t terribly exciting. (Unlike all the other women who were easily bought off, Sandra’s situation is different since she’s the wife and has a claim to all of Ernesto’s money and property and thus doesn’t have much incentive to sign some piddly settlement offer. They lamely counter with a silly threat to have her committed to an asylum if she refuses.)

It is only when the fake Ernesto acts as if he is going to put his cigar out in Sandra’s eye and her reaction is to laugh hysterically in his face that they start to think they may have misread the situation. Sandra proceeds to drop the bomb on these money grubbing slugs, explaining why she has them over a barrel and not vice versa. 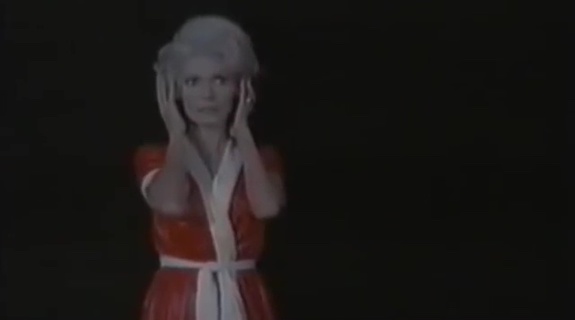 The twist turns everything on its head, but renders the rest of the film surprisingly inert, first with its tediously endless scene between Ernesto’s crew and Sandra where several characters engage in a battle to see who can barf out the most exposition explaining all the plot twists to the audience and then with its climax which involves people the audience no longer has any reason to care about. (The cop solves nothing and only manages to almost get himself murdered. The murderer stupidly tries to use the exact same scheme to do away with the cop as was used on another person without stopping to think that when piles of bodies and cars all turn up at the same place, someone might notice the connection between the killer and them.)

An intriguing set up with a decent cast keeps you engaged for the first half of the movie, but the reliance on lots of dull talking to move the story along at crucial moments and a hurried, underdeveloped finish ultimately force the audience to serve this ABC Movie of the Week with divorce papers before the honeymoon is over. (If you’re all about second chances though, ABC tried this again a few years later with another version of the story called One of My Wives is Missing.)