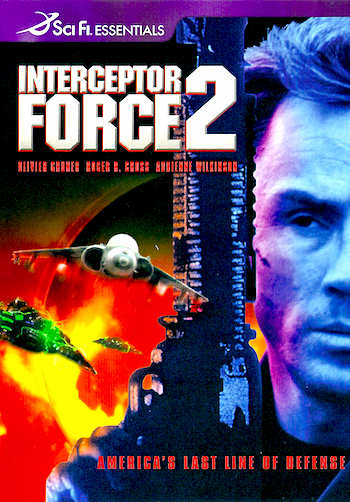 There’s also no time to inform the viewer much about what exactly I-Force is. It’s lucky then that the I-Force HQ (a room with people milling around PC workstations with cheesy shaped monitors) has a giant seal affixed to the wall that says “The Final Line of Defense.” That doesn’t really explain anything of course but it does confirm that any slogan on a seal really ought to be in Latin for maximum effect.

I-Farce’s chief also has to remind Lambert that he’s not a mercenary anymore, that he takes orders from the government and that the chief is going to pick his team for the mission to investigate a UFO that crashed in Russia and the alien takeover of a nuclear power plant. That’s right I-Farce fandom! Lambert is back! The sole survivor from the first I-Farce mission to destroy an alien! Haunted to this very day by the loss of his team, it’s understandable why he’d want to pick his own guys. After all, how much fun is it to get revenge with a bunch of strangers?

Lambert is again played by Olivier Gruner (Nemesis, Automatic) and while the CG-created alien and various aircraft are predictably cringe-worthy (director Phillip J. Roth is no stranger to silly sci-fi action movies starring third string kickboxers and fourth string special effects with effort such as another Gruner flick, Velocity Trap and the David Bradley time travel headache Total Reality), Gruner doesn’t care enough about what’s happening to even make an effort that might cause cringing. Which is of course genius! 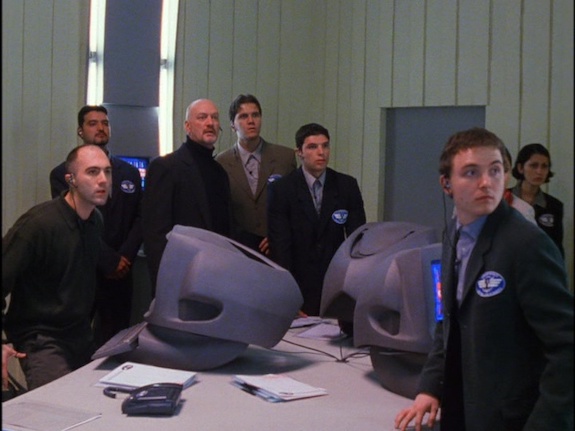 When Gruner gets in the chief’s face briefly about not being able to pick his own team, the chief asks Gruner if he wants the mission or not. Gruner says he does and immediately backs down. Nothing more is made about this plot point. Then, when one team member kills Lambert’s best friend because she thinks he’s actually the alien in disguise, Gruner frowns for a few seconds and then it’s back to shooting at an alien that everyone knows can’t be harmed by regular bullets.

Besides, he has to save a half-hearted “don’t do it” for when another team member volunteers to dive into the lethal water surrounding the cooling rods in order to disarm the detonator that’s hooked to a bunch of nuclear warheads. And really, getting his team killed off on missions to fight aliens is old hat, so Gruner knows it just wouldn’t be realistic to express anything other than the minimal amount of socially expected concern. Frankly, it appeared he was most concerned with concentrating on saying what limited dialogue he had so that the audience could actually understand him. (He failed more often than not on that count.) 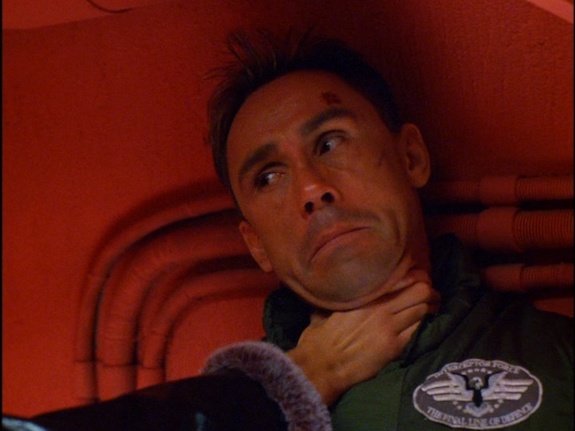 Whatever you can say about Lambert’s vague disinterest in the proceedings, at least we understand his motives since he’s just doing his job (any revenge for what happened in the first movie barely registers with Lambert). It’s the alien whose actions are, well, alien.

After leaving her home world for Earth, the alien is shot down by Russian fighters. We learn later that the alien from Interceptor Force was this alien’s mate. And now she wants revenge! And with all the alien technology she has, she’s going to get it by wiring a bunch of black market nuclear warheads to detonate all at once that just happen to be stored at the nuclear plant near where she crashed!

While I’m sure she’s improvising since she got shot down and just taking advantage of the stunningly lazy coincidences slapdash alien vs. kickboxer movies delight in, it still wasn’t thought out too well since she set the detonator to go off with enough lead time so fighter jets can bomb the nuclear plant before the warheads could be set off. 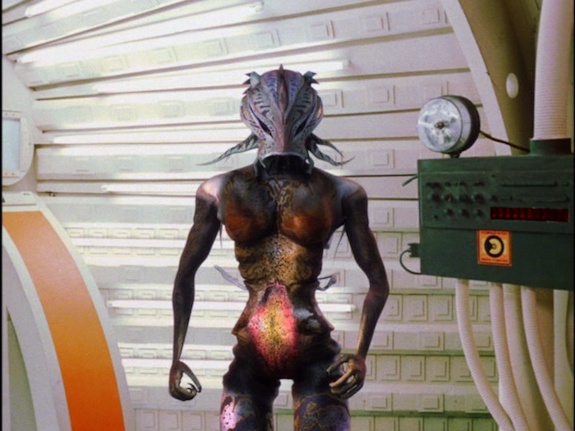 But the alien has alien super powers, too! She’s invulnerable to conventional weapons, she can assume the form of anyone she gives her special touch to, and she can turn invisible! And yet, she’s running around playing hide and seek in a Russian nuclear reactor with Interceptor Force and the Russian army. I’m no alien, but I like think I could accomplish a bit more on the revenge/alien invasion list than throwing Gruner into walls again and again, if I had the combined powers of about four superheroes.

For all her lack of tactical acumen though, she’s matched stride for stride by I-Farce’s decidedly un-special ops approach to the mission. Gruner knows what he is up against, yet he and his team have not discussed any methods to check if one of their team is really the alien? They also know regular weapons don’t work, but use them incessantly. And the one weapon that is effective is the microwave gun, but they fail to use it when they need to, can’t use it some of the time because it isn’t charged, and then manage to use it during the climax because it’s been magically recharged!

Unless you enjoy watching dudes run back and forth through the same metal corridors for forty-five minutes while everyone involved behaves irrationally, you’re going to be feeling the effects so badly you’ll be checking your head in the mirror for bald spots and angry red lesions. In fact, the movie’s radiation level is so lethal, the best part is at the very beginning when Gruner is on an entirely different mission and ends it by jumping off a bridge straight into the cockpit of his remote controlled jet! After that though it felt pretty much like being beaten by Gruner about the private parts with fissionable material.